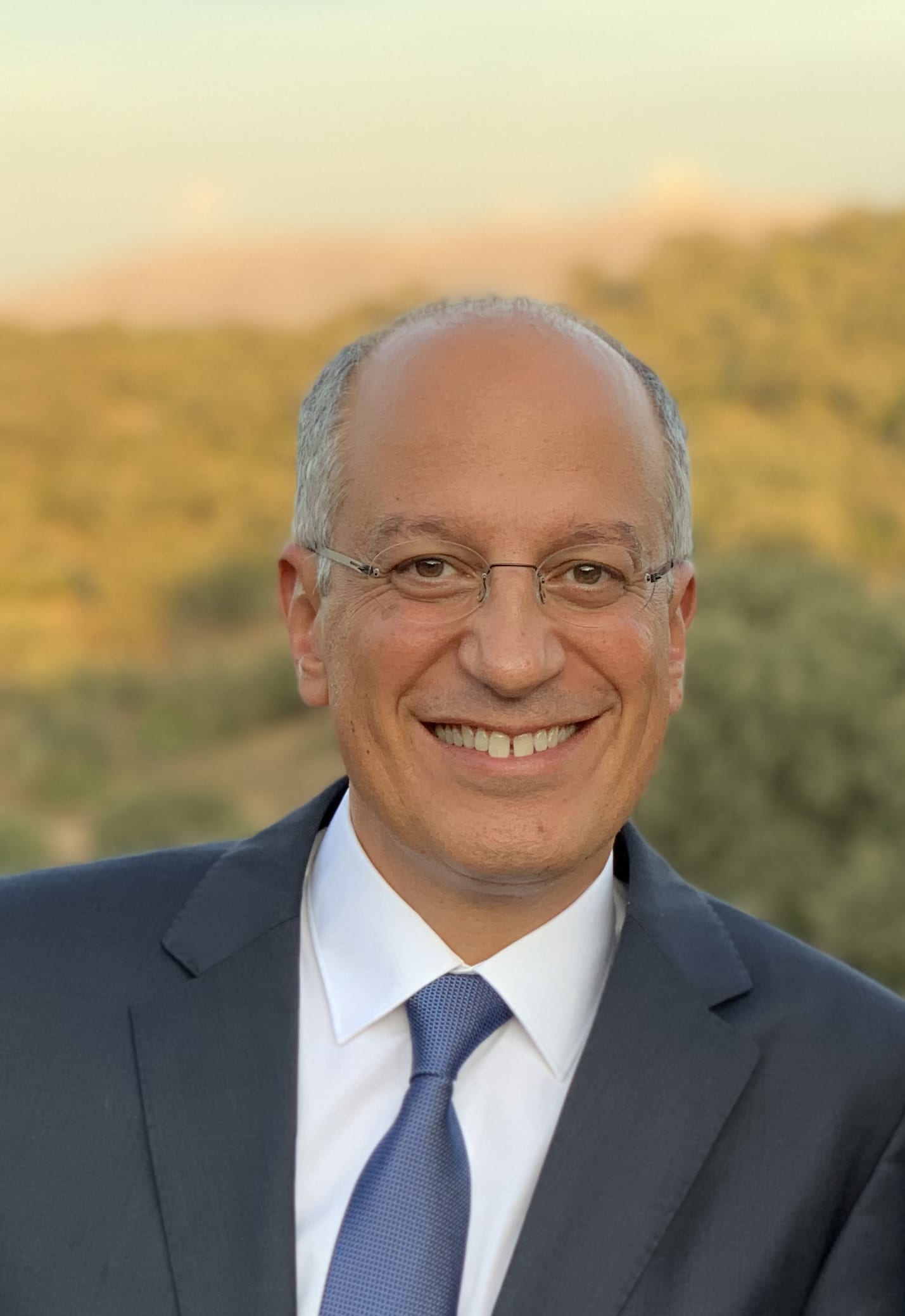 Pierre discovered his passion for leadership development during his first twenty-year long career in management consulting at McKinsey & Company. Serving others, and allowing them to discover and tap into their own potential, is what profoundly motivates him. After training in coaching and facilitation, he created Leadership Inside, a leadership advisory firm, offering services ranging from executive coaching to coaching management teams or organizing holistic development programmes. Working with a stimulating international team of coaches, Pierre strives to remain at the forefront of innovation in adult development thanks to constant renewal.

“As an executive coach, I realized that our educational systems and culture were ignoring the ABCs of personal development. Adults don’t know themselves, and they have never learned how to do so. Yet, this is the absolute prerequisite for being able to progress and transform oneself. Therefore, what could be more relevant than equipping young people, right from their adolescence, with these introspective skills? It is this aspect of Gemmes that I find most fascinating. By helping young people become aware of their way of being and by encouraging them to write their future, Gemmes will unlock an unexpected transformational potential for a positive impact in society. Future generations will be able from an early age to take on and solve issues that adults of today are unsuccessfully tackling and have been too slow to respond to.” 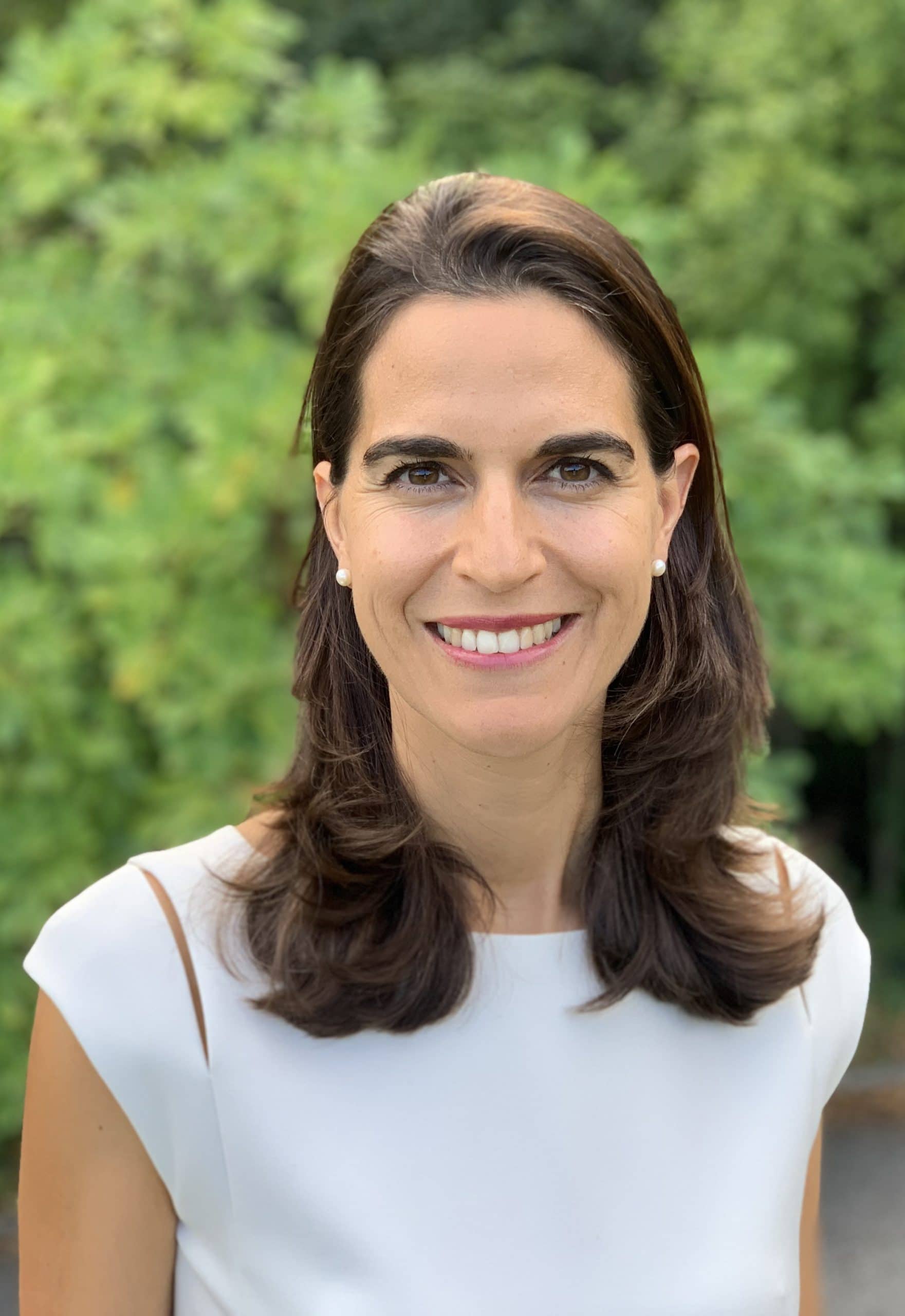 After training as a lawyer at the Paris Bar and working for a law firm, Caroline developed a passion for the field of human rights. She worked for various human rights NGOs in New York (Human Rights Watch), Paris (International Federation for Human Rights), New Delhi (Commonwealth Human Rights Initiative; Housing and Land Rights Network; Working Group on Human Rights in India and the UN) and Geneva (World Organization Against Torture). She then joined the Office of the United Nations High Commissioner for Human Rights (OHCHR) in Geneva, and worked as an investigator with the UN Fact-Finding Mission on Myanmar. She left the UN in 2019 to devote herself entirely to young people, and created Gemmes in 2020.

“I am convinced that all human beings are noble in their essence, overflowing with qualities waiting to be unlocked. With Gemmes, I want to create an innovative and welcoming space for young people. We aim to provide them with keys to understanding their internal world, but also the world around them, so as to inspire them and give them the impulse to act for a better world.” 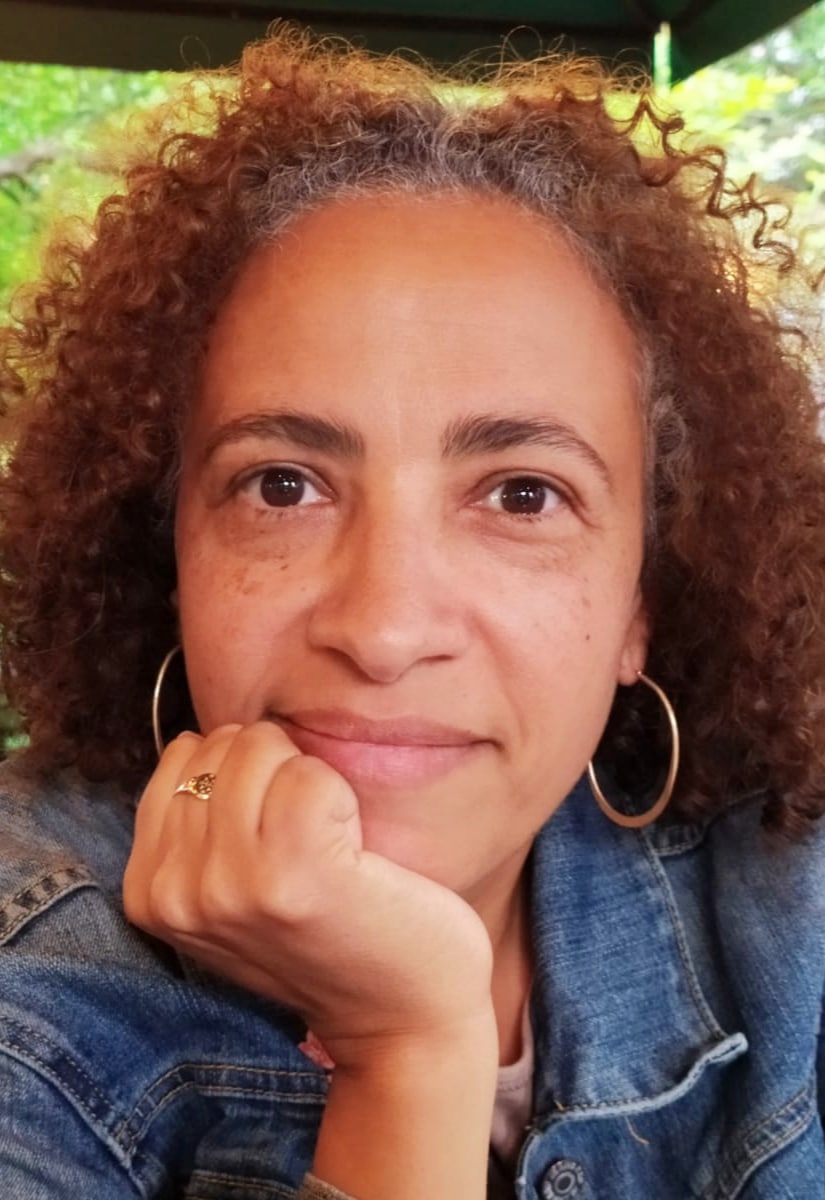 Rebecca is passionate about education and has more than 25 years of experience advising and supporting educational initiatives around the world. As Academic Director of an innovative international school in Sarajevo, Bosnia and Herzegovina, she has mentored teachers, collaborated with parents, and developed unique educational approaches with a focus on promoting a culture of trust, collaboration and respect. She has extensive practical experience as a Biology teacher, as well as in Religious Education and the Visual Arts. Rebecca began her career as a teacher and researcher in Neurobiology in France and the Netherlands. She lectured on Research Policy in Amsterdam, and worked on supporting capacity building for research in development projects in Bangladesh. She then moved to Bosnia and Herzegovina where she developed programmes for children and youth with the Bahá’í community. Rebecca holds a PhD in Neuroscience and a Master’s degree in Gender and Development. She is a Montessori teacher and teacher-trainer, and received the Montessori Practitioner of the Year Award in 2016. Rebecca is also a multi-talented artist: her work is on display in private collections around the world; she has published and illustrated several children’s books, inspired by her Ethiopian roots and her life in the Balkans; and recently wrote a musical piece performed in Kosovo.

“I am an optimist and always awed by human potential. Offering opportunities to children and youth, to discover and develop the breadth of their character and give meaning to their lives is a cause I am passionate about. They are the ones who can transform and bring light to the world. Gemmes, an energetic and multidimensional endeavour, which embodies a positive and holistic vision of the human being through action and reflection, is definitely exciting!” 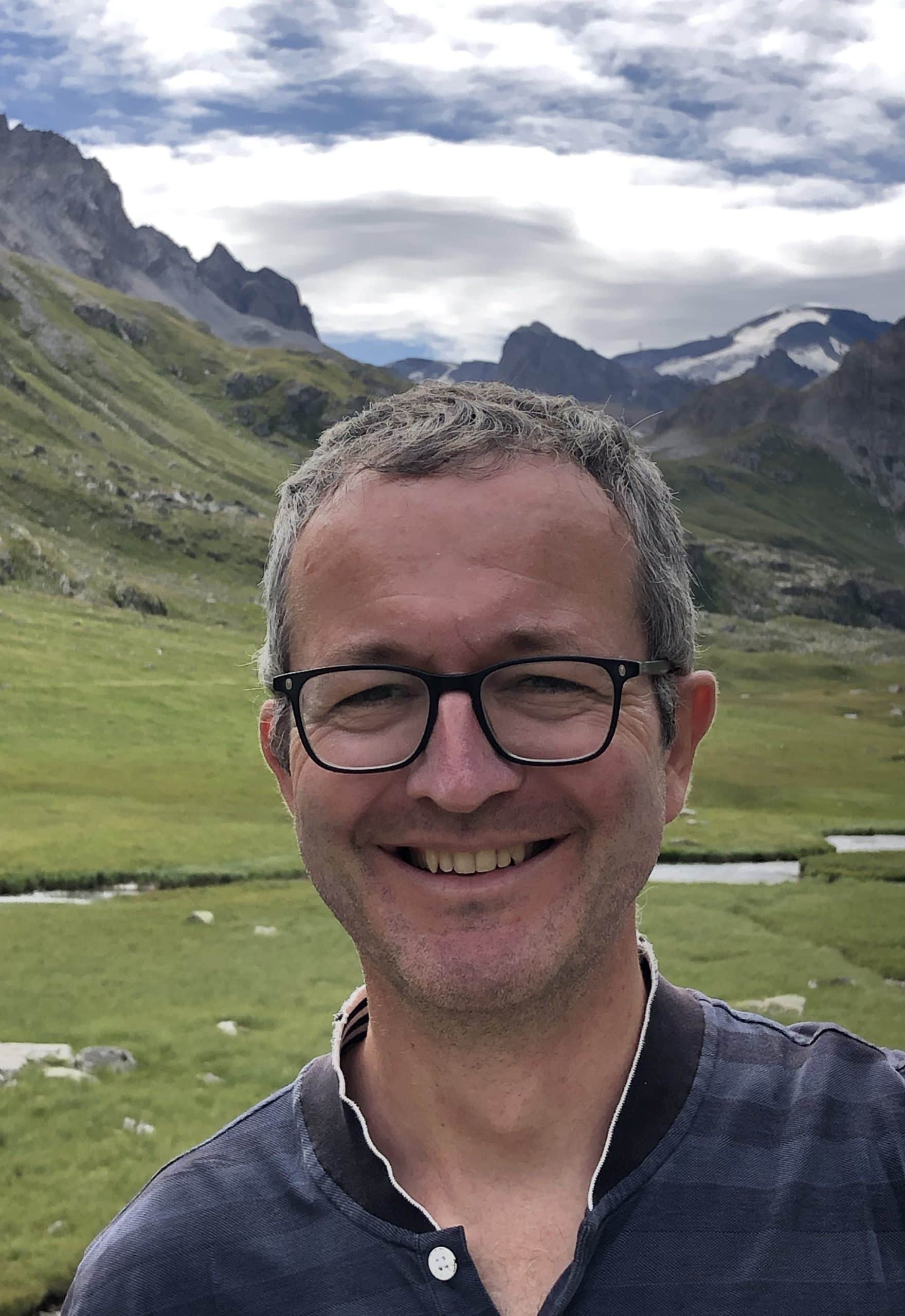 Jérôme is a Senior Fellow in Residence at the Centre for Global Governance at the Graduate Institute in Geneva. He is working on an initiative to try out new forms of global negotiations, a collaborative exploration with individuals from international organizations, governments, the private sector, civil society and others. For nearly nine years, he led negotiations for the European Union at the United Nations – mainly at the Human Rights Council – as a diplomat with the Delegation of the European Union in Geneva. Previously, he worked at the European Commission in Cairo and Jerusalem. The protection and promotion of Human Rights has been a leitmotif in his professional career, which began at the International Secretariat of Amnesty International in London. He also served as an Arabic-speaking delegate for the International Committee of the Red Cross, conducting prison visits in the West Bank. He is co-author of the book The Charitable Crescent, Politics of Aid in the Muslim World, which builds on his PhD thesis at Sciences Po Paris. He is a member of the Board of Directors of Sciences Po Grenoble, as well as a member of the Ludothèque (game library) Committee of the Saint Jean district in Geneva, where he lives.

“I agreed to join the Gemmes Board of Directors because I am convinced that this innovative project will help unlock the potential of youth, which we so desperately need to build the world of tomorrow. Gemmes offers the space to go beyond the motto ‘give youth a voice’, which I so frequently heard during my diplomatic career, but which often remained merely empty words. This space can allow young people to develop their vision and their powers of expression, which will provide them with the confidence to speak out and act for a better world. I also see how Gemmes will be able to highlight the positive experiences of transformations on all continents, and promote exchanges that we all so desperately need. As a father, I see how Gemmes can appeal to parents who do not always know how to help their children’s aspirations, whether manifest or latent, to flourish.” 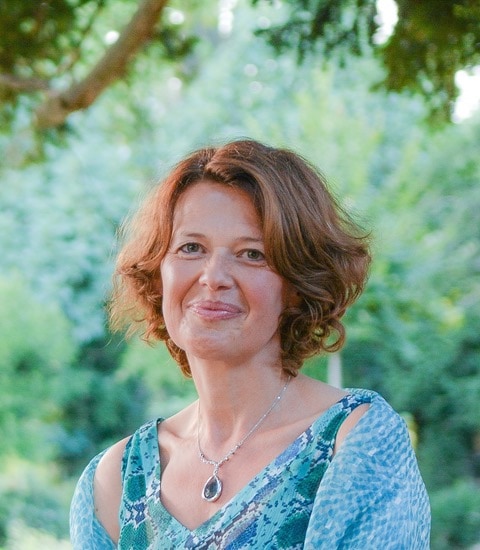 After graduating from ESSEC Business School, Paris, in 1989, Muriel first worked for three years in management consulting in London at LEK. She then joined the Mergers & Acquisitions team of LVMH Group in Paris, within which she then moved on to other roles in finance (management controller, financial director). After eleven years in finance, she moved to Portugal and then Germany. Next, she then relocated, with her family, to Japan for four years, where she created and developed an educational structure for children who were failing academically at the French-Japanese school in Tokyo. On returning to France in 2008, she trained in conflict resolution and obtained a state diploma in mediation. Since 2017, she has been working as Secretary General of the NGO Le Projet Imagine, whose mission is to inspire people to take action through documentaries and programmes fostering civil action.

“I agreed to join the Board of Directors of Gemmes to promote activities centred around youth transformation. I believe in the power of inspiration through images, music and gatherings to develop the capacity to be, to think and to act differently in order to transform the world. I love accompanying those who seek meaning and new directions, to reveal the very best they have within.” 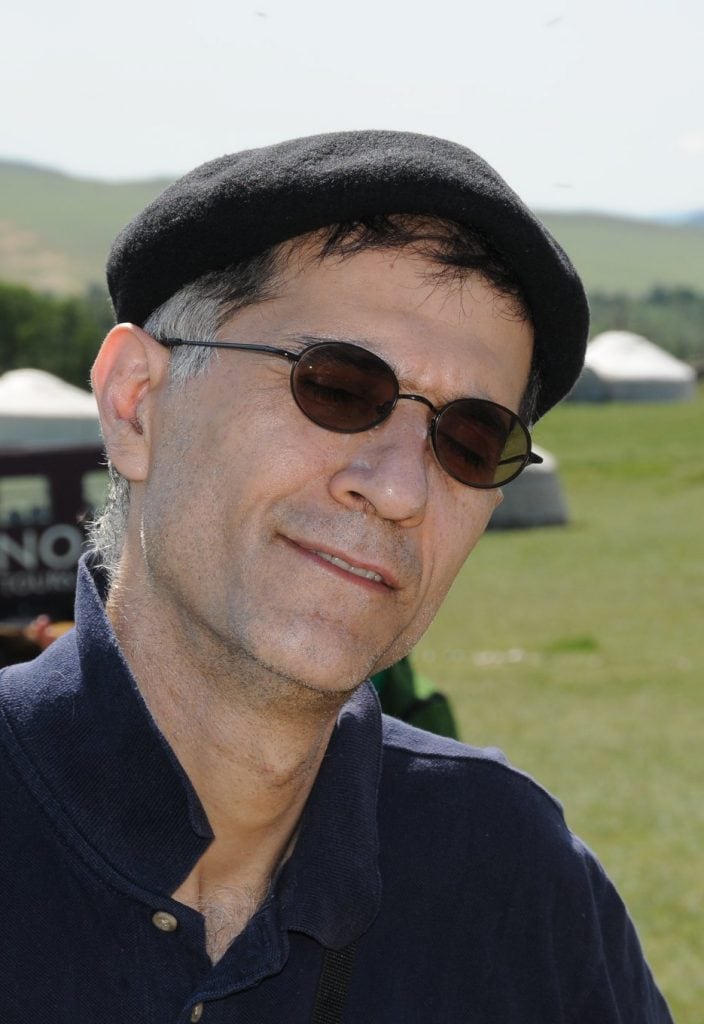 Kamyar is a technical trainer in the field of computer networking. He holds a DEA (Master’s 2) in Mathematics from the University of Paris VII, a Master’s Degree in Networks at Télécom Bretagne, and a Master’s Degree in Business Administration at Panthéon Sorbonne. He has been the creator of a computer centre and a publishing house, a physical sciences schoolteacher, a printing industry trainer, and an educator in various branches of computing and networks. In non-profit endeavours, Kamyar has been an animator and director in an association for scientific outreach activities for about ten years; organizer and director of youth camps for more than 30 years; and an animators’ trainer.

“It was with great enthusiasm that I discovered the goal of Gemmes to offer a constructive educational framework for today’s young people to work towards the better world we all wish for. I immediately agreed to join. Youth is a special moment when understanding the world imbues life with meaning and allows us to blossom. It is also a period during which we develop qualities and talents that will enrich our existence. It is the time of sowing, when the seeds fall to the ground, but the day will come when a splendid tree will grow, with branches overflowing with fruits.” 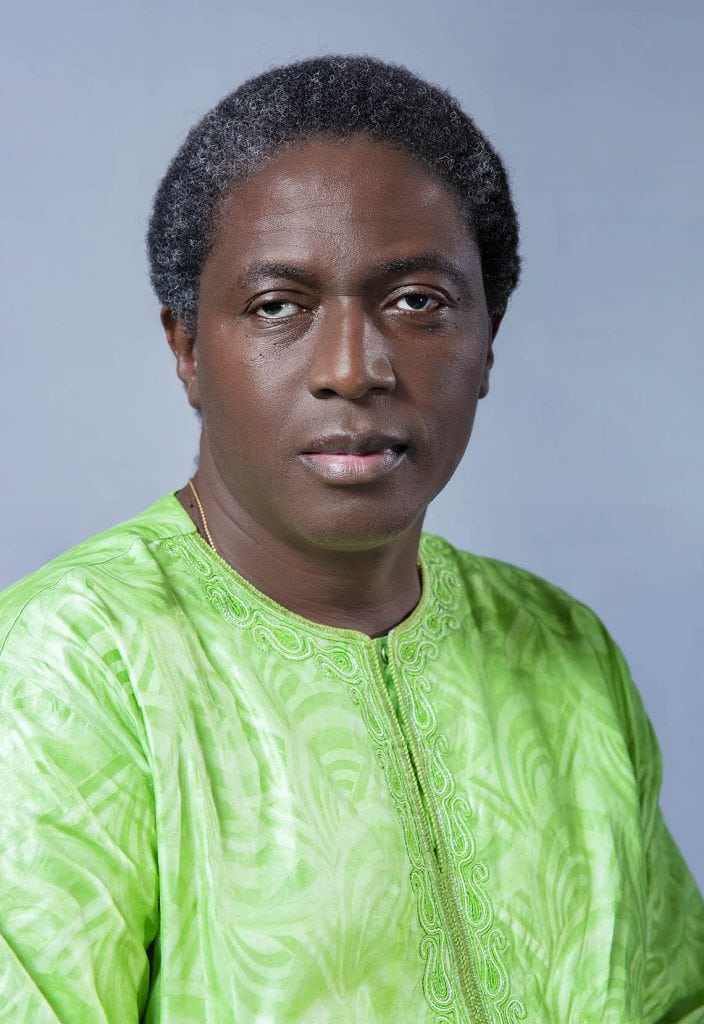 “I have four children. I also come from a large family, with eleven brothers and sisters and about thirty nieces and nephews. I would have liked to have an organization such as Gemmes for them, and therefore had no hesitation in joining this initiative.” 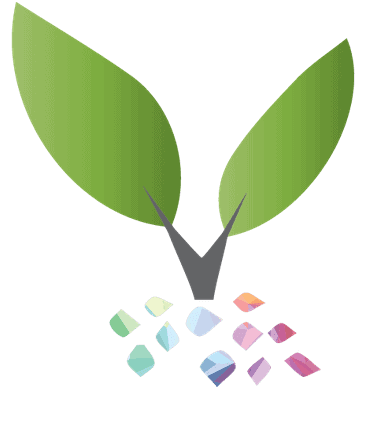